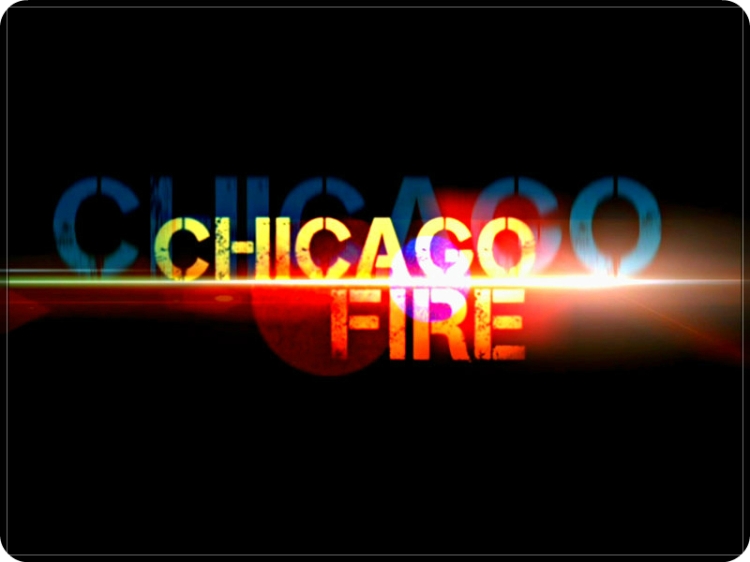 Last night the Mid Season Finale of Chicago Fire aired and it didn’t disappoint. Don’t hate me but it doesn’t really phase me that Gabi and Matt are having problems, i’ve never really liked the 2 together, i liked her with Mills…. and Casey… hmmm i don’t know ??? Brett on the other hand is growing on me, so i hope she and Mills are ok.

At the start of shift, Papa Lullo corners Mills outside 51 and apologizes for his threats. The Mafioso appears sincere and makes Mills feel at ease again, leading him to ask Boden to drop the charges against Lullo. Later, Mills joins Brett on a nearby call – a homeless man writhes in pain after a dump truck ran him over. As they prep him for the ambulance, a nice car pulls into the alley, blocking their way…

Meanwhile, Casey continues to give Dawson the cold shoulder, vehement that she signed up for something she clearly can’t handle. The tension spurs Casey to invite Severide out for drinks, which quickly escalates to a slightly drunken affair. Casey wakes up the next morning hungover, on a stranger’s couch… and in the presence of an attractive woman. Did he have a one-night stand and not remember it?

Back at 51, Casey hits up Severide for details and learns he passed out on the couch while Severide HOOKED UP

with the lady. He lets the evening’s events slide, until it comes roaring back: the woman stops by to drop off Casey’s phone, which he left at her APARTMENT

. Unfortunately, the first person she encounters is Dawson, who afterwards explodes at Casey, livid about how hanging out with Severide brings out the worst in him. He counters with Dawson’s inability to respect his dual role as lieutenant and fiancé. Dawson exits in a huff, unappeased.

fire leads to an intense rescue of a woman trapped in the bathroom and her terrified husband who ditches his wife in order to be saved first. But later, the husband takes credit for the save on a televised interview, a move that frustrates the firehouse. He shows up at 51 to thank the team and come clean about his role in the rescue – and to reveal that he was a burn victim. He shows off the scars to prove it.

Turns out the city wants to condemn the couple’s building so Severide and his team head over to approve… except further investigation reveals that the fire ignited from three different places at the same time. This can only mean the husband started the fire, a revelation that ropes in Chicago P.D. and leads to the husband’s unsavory exit from his wife’s hospital bed.

At the annual Holiday Festival downtown, Molly’s II finally makes its world debut, but right as Herrmann gives an interview to his favorite Chicago newscaster, the truck barrels into a nearby nativity scene. Turns out Cruz accidentally unlocked the emergency brake. The fallout from the incident results in Hermann firing the whole Molly’s II team. With the food truck’s reputation in shambles, Cruz comes up with the idea to donate the vehicle to Chaplain Orlovsky, who’s in need of new soup kitchen facilities. Orlovsky welcomes the donation with open arms.

Back at the station, a very pregnant Donna suggests hyphenating their child’s last name. Boden refuses, citing tradition. Although she initially allows his stubbornness to slide, Donna later decides to stake her claim as the mother, but gets interrupted – by labor! With the paramedics missing and Dawson dismissed, the squad rushes Donna to Chicago Med. Traffic stalls them and Donna delivers the baby on the fire truck with Severide and Boden by her side. She and Boden celebrate the birth and Donna agrees to let the baby take Boden’s surname: Terrence Boden.

Seconds after arriving at Chicago Med, however, Terrence turns blue and a nurse recognizes it as respiratory distress: his lungs aren’t absorbing oxygen. Doctors hurry the newborn away in order to save his life…

Casey takes on the task of locating the missing paramedics and tracks down Brett and Mills’ ambulance to the alley… but they’re not there. And neither is that nice car. 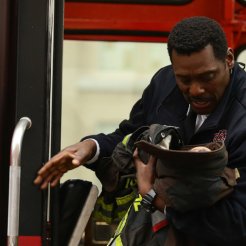 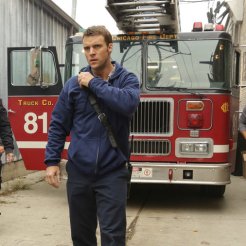 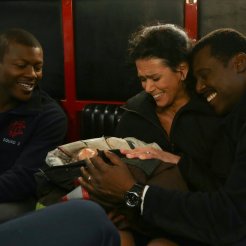 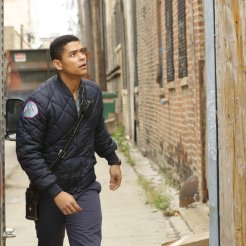 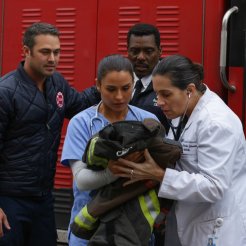 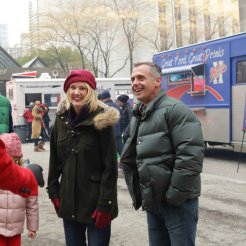 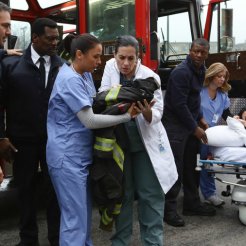 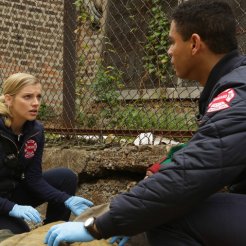 What did you think about the Mid Season Finale?