From what i hear everyone had gone CRAZY banana’s over this movie. I’ve read the book, actually all 3 books, because if i start a trilogy/quadrilogy/heptalogy, then i have to finish it.

I will admit, the first book was Good to OK. I’d rate it a 6/10 but then the 2nd and 3rd books, 50 Shades Darker and 50 Shades Freed to me were badly written. Not that I’m an expert on writing novels, but i am an avid reader and I’ve read my fair share of books over the years and I’ve read some amazing books, and these just weren’t great or even good.

The movie was ok…. Christian was a lot more relaxed and jovial than in the books, and Anastasia, who i  wanted to slap the s**t out of in the books for crying so much, was a lot stronger and confident on screen which was a nice change. My favourite part of the movie was the ending when Anastasia got into the elevator and left Christian, my sister looked at me and NO!!!! WTF !!! lol… i just burst out laughing. 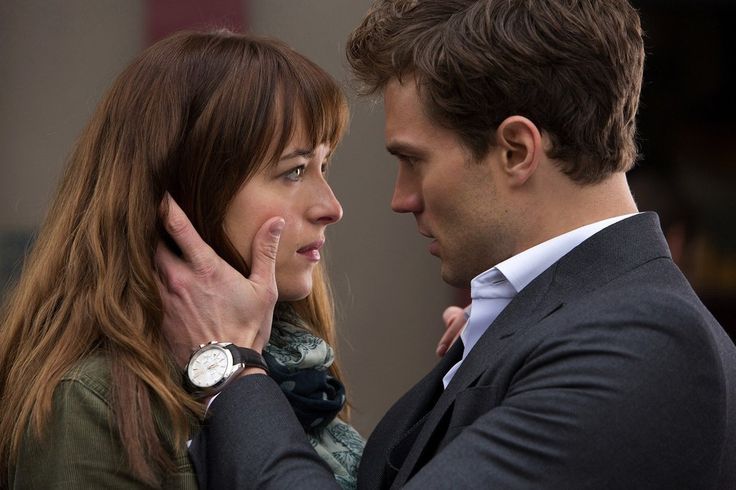 Anastasia “Ana” Steele is a 21-year-old undergraduate at Washington State University’s satellite campus near Vancouver, Washington. When her roommate, Kate Kavanagh, becomes ill and is unable to interview wealthy 27-year-old entrepreneur Christian Grey at his company headquarters in Seattle for the college newspaper, Ana agrees to go in her place. Christian is interested in her, and soon after, he arrives at the hardware store where Ana works. Christian, in town to deliver the commencement address at WSU, agrees to Ana’s request for a photo shoot to accompany the article.

After the photo shoot, Christian invites Ana to have coffee, but leaves abruptly, confusing Ana. For her graduation, Christian sends Ana first edition copies of Tess of the d’Urbervilles. Ana celebrates with friends, and, after drinking too much, spontaneously calls Christian. Concerned, he goes to the bar to find Ana, who passes out. She wakes up the next morning in Christian’s hotel room and is relieved when he says they did not have sex.

Christian showers Ana with gifts and favors, such as a new car and laptop. After moving to Seattle with Kate, Ana becomes closer to Christian. One night, she accompanies Christian to his parents’ house. During dinner, Ana mentions she is leaving the next day to visit her mother in Georgia. Christian is infuriated as Ana had expressed she wants a romantic relationship rather than a purely sexual one. She is shocked when Christian unexpectedly arrives in Georgia while she is visiting her mother. Christian leaves soon after to tend to an emergency in Seattle.

After returning home, Ana continues seeing Christian, who is still interested in further sexual experimentation. Ana initially consents and participates willingly. Christian, however, keeps Ana emotionally distant, upsetting her. While still considering the contract, Ana asks Christian to demonstrate how he would “punish” her for rule breaking. Christian whips Ana’s buttocks six times with a belt, making her count each time he strikes her. She is upset and finds it far from her romantic expectations. Ana concludes that Christian is wrong for her and that his practices border on being deviant and excessive and leaves.

Have you watched it and what did you think ?