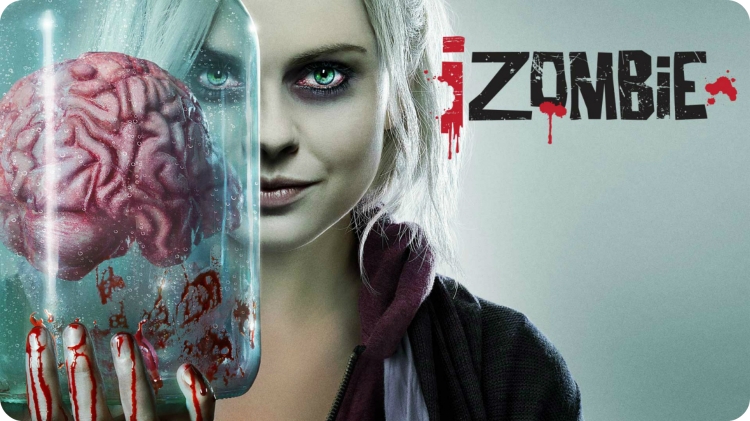 iZombie is loose adaptation of the comic book series of the same name created by Chris Roberson and Michael Allred, and published by DC Comics under their Vertigo imprint

♥ ABOUT   Seattle medical resident Olivia “Liv” Moore is turned into a zombie while attending a boat party. To cope with her new appetite for brains, Liv takes a job at the King County morgue and shares her secret with her boss, Dr. Ravi Chakrabarti. In order for Liv to survive, Ravi encourages her to eat the brains of murder victims who are delivered to the morgue. Whenever she eats a victim’s brain, Liv inherits some of their personality traits temporarily. She also experiences flashbacks which often give her clues as to the nature of the murder. Liv uses this new ability to help the Seattle Police Department solve crimes, passing herself off as a psychic consultant.

♥ EPISODE 1    Having been transformed into a zombie during a boat party and forced to give up on her old dreams and family ties, Liv Moore finds herself assisting rookie Detective Clive Babineaux in the investigation of a murdered Romanian prostitute when her boss, Ravi, introduces her as a psychic after she has a flash of insight about the victim based on the consumed brains. Meanwhile, Liv struggles to keep her undead existence a secret from her roommate Peyton as well as her former fiancé Major

Will you be watching this show?