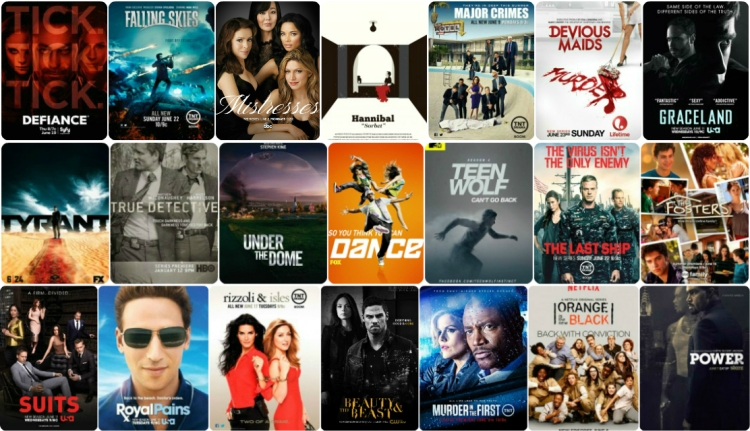 June is jam packed with some of my favourite shows returning this month including Reality dance competition So You Think You Can Dance, Legal Drama Suits, Medical Drama Royal Pains, Mystery Drama Pretty Little Liars, Devious Maids, Mistresses, Graceland and many many more

SO YOU THINK YOU CAN DANCE 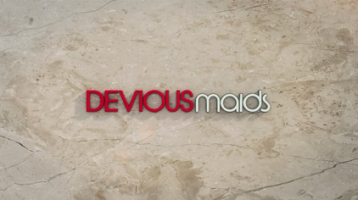 ♦ Network   Lifetime Network
♦ Date   02 June
♦ Season 3 Premiere   Episode 1  – “Awakenings”  –  A deranged gunman takes aim at the maids during Rosie and Spence’s wedding, leaving everyone to wonder who will survive. In the wake of this tragedy, then women lean on each other like never before, even as they face complex problems in their own lives. Zoila ponders her next steps after discovering that she is pregnant and uncertain who the father may be. Carmen realizes there is more than meets the eye to the charming Sebastien. Meanwhile, Valentina and Remi struggle to connect in the aftermath of the shooting? Marisol’s aspirations lead her to a surprising career change? and Blanca, a new maid in the neighborhood, lands a job with a seemingly picture-­perfect family, but soon discovers a terrible secret that could change her life forever.

♦ Network   ABC Family Network
♦ Date   02 June
♦ Season 6 Premiere   Episode 1  –  “Game on, Charles”   –   Moments after where the season five finale left off, Aria, Emily, Hanna, Spencer and Mona are trapped outside of Charles’ Dollhouse with nowhere to go and must now deal with an angry tormentor. Just when the Liars thought Charles couldn’t get any worse, his games take a more demented and darker turn. As the girls struggle to survive, the puzzle of Charles’ story begins to come together. Meanwhile, Ezra, Caleb and Toby continue the fight to find the girls with or without Rosewood P.D.’s help

♦ Network   NBC Network
♦ Date   04 June
♦ Season 3 Premiere   Episode 1  – Antipasta”   –   Having successfully escaped FBI capture, Hannibal Lecter is moving through the European landscape, with Bedelia Du Maurier in tow. But Dr. Lecter’s old habits and opulent tastes are still on display as he settles into a new identity and life in Florence, Italy, working at the Palazzo Capponi museum. Glimpses into the past help inform his relationship with Bedelia, a pairing not clearly defined as friend or foe.

♦ Network   ABC Family Network
♦ Date   08 June
♦ Season 3 Premiere   Episode 1  – “Wreckage”   –   The Fosters picks up during summer, a few weeks after the terrible car accident involving Mariana, Jesus and their pregnant biological mother, Ana. As the family deals with the aftermath of the situation, Stef is determined to find the driver responsible for the crash. Callie continues to volunteer at the drop-in center where she meets AJ, a foster teen runaway searching for his older brother. Brandon starts at the Idyllwild Music Program and quickly realizes that he will be faced with serious competition. Meanwhile, Jude tells Connor he prefers to keep their relationship private at school.

♦ Network   TNT Network
♦ Date   08 June
♦ Season 4 Premiere   Episode 1  – “A Rose is a Rose”   –   The squad investigates a double homicide related to an ongoing string of home invasions in the Hollywood Hills. Meanwhile, Sanchez attempts to reintegrate himself in the division after his suspension over a questionable use of force, while Captain Raydor makes a fateful choice in the life of her adopted son, Rusty.

MURDER IN THE FIRST

BEAUTY AND THE BEAST

♦ Network   The CW Network
♦ Date   11 June
♦ Season 3 Premiere   Episode 1  – “Beast of Wall Street”   –  Cat and Vincent are able to focus on their love, finally free from Muirfield, manhunts, and beasts. However, that love will be tested as new and more dangerous threats await. When they learn that innocent victims are being used to test the boundaries of the impossible, Cat and Vincent will uncover a deeper conspiracy, one which Vincent can fight only by turning to the beast he carries within. But unleashing the beast will risk Vincent’s life – along with his and Cat’s love – as they struggle to build a normal life together

♦ Network   Syfy Network
♦ Date   12 June
♦ Season 3 Premiere   Episode 1  – “We World We Seize”   –   On the eve of an impending military siege upon the town, which has fallen on hard times following the collapse of its lucrative mines. With their fate uncertain, the townspeople face further threat with the surprise arrival of the mysterious and nearly extinct Omec, an alien race of warriors marked by the decades of subjugation they imposed upon the galaxy in the years preceding the Pale Wars

ORANGE IS THE NEW BLACK

♦ Network   TNT Network
♦ Date   16 June
♦ Season 6 Premiere   Episode 1  – “The Platform”   –   When it appears one of our own shot an unarmed man on a busy Boston subway platform, the team must fight to find the real killer while clearing our detective’s name. But with Internal Affairs breathing down our necks, it becomes clear that the circumstances surrounding this shooting are anything but clear.

♦ Network   TNT Network
♦ Date   21 June
♦ Season 2 Premiere   Episode 1  – “Unreal City”   –   After the horrifying revelations and reversals of fortune in Baltimore, Chandler and his fractured team join forces with an underground resistance in an attempt to defeat Amy Granderson. With doses of the cure running low, Rachel tries to do some good for the sick while remaining a prisoner at Avocet

♦ Network   USA Network
♦ Date   24 June
♦ Season 5 Premiere   Episode 1  – “TBA”   –   Pearson Specter Litt has scored a hard-fought victory, but the fight has left the firm shaken. Although she avoided jail time, Donna has left Harvey, after more than a decade of working together. She is now working for his long-time rival Louis. And while Jessica readjusts to being single, Mike and Rachel are giddy after his marriage proposal.

♦ Network   USA Network
♦ Date   25 June
♦ Season 2 Premiere   Episode 1  –  “B-Positive”   –   As the agents of Graceland strive to close out their ongoing cases and mend broken relationships, Briggs finds himself coerced into a high-risk undercover operation within the Armenian Mafia

What are you looking forward to watching ?