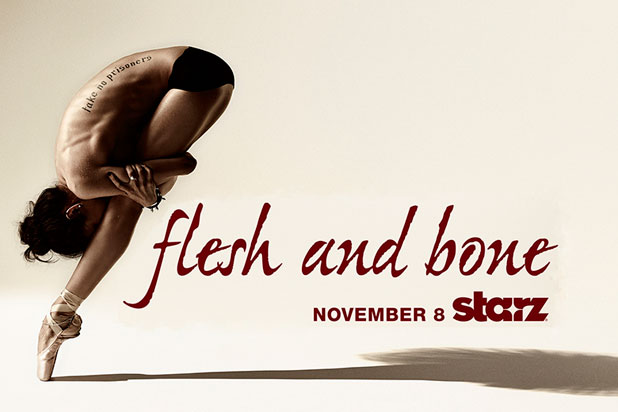 ♦ ABOUT       Described as a dark and gritty exploration of the dysfunction and glamour of the ballet world, “Flesh And Bone” follows a young ballet dancer, Claire, who has a distinctly troubled past, as she joins a prestigious ballet company in New York.