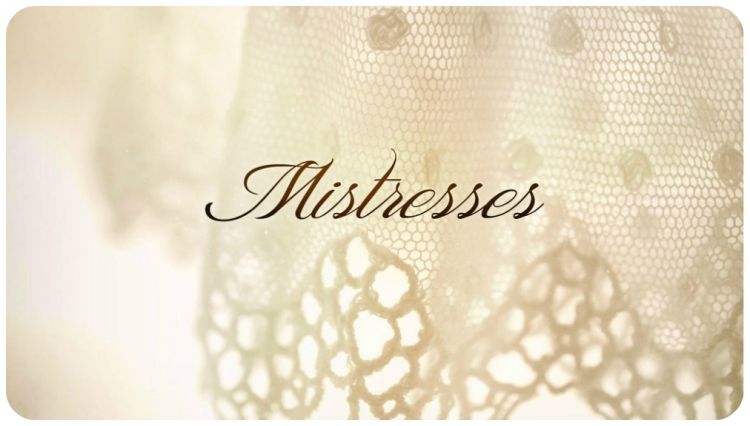 The season 4 finale of Mistresses aired last night. It was a 2 night finale (Mon+Tues) so I’m also going to include episode 12 in this recap

12. April wrestles with how to tell Marc she’s pregnant, because she doesn’t want him coming back to her just for the baby, and not because he loves her and wants to be with her. Marc gets great news about his career, he and Sophia have been offered a mini touring gig round the country. Joss and Harry start mending their relationship after she tells him about that traumatic night and they put an offer in for the beach bistro and surprise… get married on the beach, just the two of them and the officiating judge. Kate comes back and still holding a grudge for Joss in regards to Scott. April tells Kate the truth on why Joss told Scott to stay away from her. Karen and Adam’s relationship moves to the next level, when she meets his parents. Lydia keeps trying to contact Karen to apologise and Karen ignores all her messages. Lydia even turns up at her work and Karen lashes out at her. Karen gets a disturbing voice message from Lydia and being a kind-hearted therapist she is, goes to Lydia’s flat to check up on her. Lydia has taken 2 bottle of pills and threatens to jump over her balcony, Karen rushes to stop her, her heels breaks and the episode ends…..

13. In the future, its opened up at the Funeral of Karen after she saved Lydia from jumping but lost her life instead. April eventually tells Marc she is pregnant and he tells her he loves her and wants to be with her. Joss and Harry tell the group they secretly got married. Joss and Harry, as well as April and Marc, are happily married and are new parents. Joss and Harry have a little girl, Lorelei & April and Marc have a daughter as well, Stella. Marc takes on the role of an overly concerned, overly attentive parent, while Harry is more hands-off, due to not having a steady father figure, as he tries to navigate how to be a father. Harry’s world is turned upside down when he meets Gabe, someone from his past. Who turns out to be his son from a summer fling when he was very young. April keeps “seeing” Karen and believes she might still be alive. Joss and Harry have their grand opening of their Beach Bistro. In the end a lady looking like a slimmed down Lydia resembling Karen (hair and clothes only) walks into April’s store and introduces herself as Karen Kim.

What did you think of the season finale?