Hope you all having a great day so far. Today is my last day of work before i go on a break for 5 days. I’m so excited to see my family tomorrow!

Today is my 2nd book review and the spotlight shines on “The Heiresses”, a great book by the genius that she is Sara Shepard, author of Pretty Little Liars

ABOUT THE AUTHOR
Sara Shepard is an American author. She is known for the bestselling Pretty Little Liars and The Lying Game book series, both of which have been turned into television shows on Freeform. 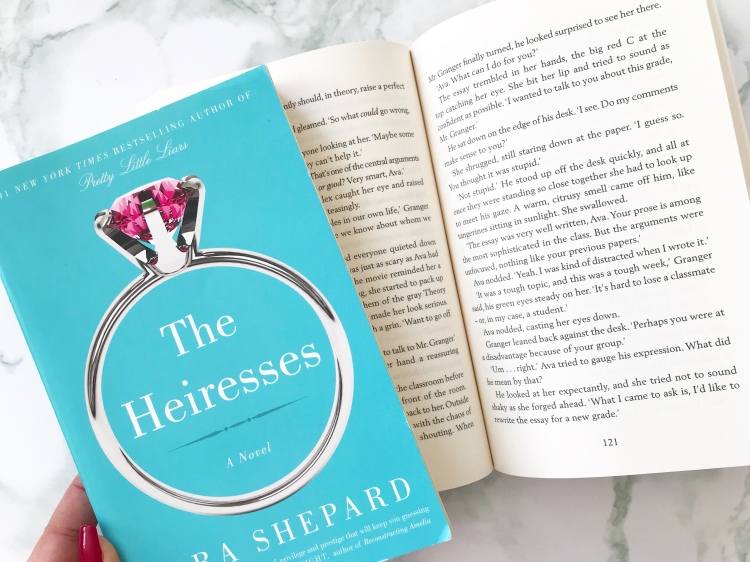 SYNOPSIS
The Heiresses—a novel about the Saybrooks, a diamond family blessed with beauty and fortune yet plagued by a string of tragic and mysterious deaths.

The only thing more flawless than a Saybrook’s solitaire is the family behind the diamond empire. Beauties, entrepreneurs, debutantes, and mavens, the Saybrooks are the epitome of high society. Anyone would kill to be one of them. But be careful what you wish for, because if you were a Saybrook, you’d be haunted by secrets and plagued by a dark streak of luck. Tragedy strikes the prominent family yet again on a beautiful morning in May when thirty-four-year-old Poppy, the most remarkable Saybrook of them all, flings herself from the window of her office. Everyone is shocked that someone so perfect would end her own life—until her cousins receive an ominous warning: One heiress down, four to go. Was it suicide… or murder? And who will be next: Aster, the beautiful but reckless girl who’s never worked a day in her life—and who’s covering up her father’s darkest secret? Her older sister, Corrine, whose meticulously planned future is about to come crashing down around her? Perhaps it will be Natasha, the black sheep of the family who suddenly disinherited herself five years ago. Or maybe the perpetually single Rowan, who had the most to gain from her cousin’s death. A gripping, edge-of-your-seat thriller about heiresses who must uncover a dark truth about their family before they lose the only thing money can’t buy: their lives. 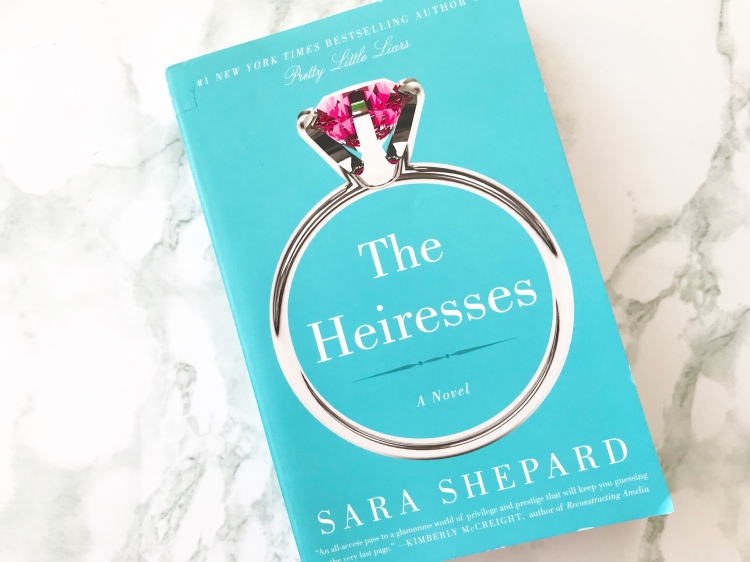 I’m not one for these types of books, i usually enjoy Fantasy or Crime novels but being a fan of the show Pretty Little Liars but never reading the book, and then hearing this book is also being made into a TV Show i really wanted to read it

I was not disappointed!

From when i first picked up the book, started to read, the pages kept turning. I think i started to read this book in the evening and i didn’t put it down until the book was finished, by that time i think it was 1am or 2am.

It did get a bit confusing in the beginning with all the characters thrown at you, that i had to keep turning back to the page with the family tree, but once you get into and understand and get to know each character it all comes together.

I don’t want to spoil too much of the book in case some of you haven’t read it but…. (don’t read further if you don’t want any spoilers)

…. With all High Society Wealthy Families, you always have the Golden Child, the Perfectionist, the Wild Child, the Black Sheep and the Quiet one. There is a character in this book that fits into each box.

Poppy is the Golden Child, the perfect wife to James Kenwood and doting mother. She is so perfect she can even juggle being a business woman running a multi billion Family company. Yet she has a secret she has been hiding from everyone in her life, she commits suicide but was it really suicide or was she murdered? Does it have to do with the Saybrook curse?

Corinne is the Perfectionist, the dutiful hard working cousin to Poppy who is currently planning her wedding to her college sweetheart, Dixon Shackelford, from another wealthy family. A match made in heaven or of convenience?  She holds a big secret as well which threatens to ruin her upcoming nuptials. Does it have to do with Will,  mysterious man from her past who is now a Chef for her wedding.

Aster is the Wild Child of the Saybrooks, the Model who parties and drinks way to much. But that’s her way of coping, having to a hide a dark secret from her family, one that involves her father.

Rowan is the Quiet Down To Earth Saybrook, the brilliant lawyer who holds a secret as well, she is been quietly pining after her college love all these years who all happens to be Poppy’s Husband James. She later has an relationship / affair with James while comforting him after Poppy’s death.

Natasha is the Black Sheep of the Family, no one knows why but she cut herself off from her family a few years ago.

This book was a mix between Gossip Girl (one of my favourite TV Shows ever) – the high society wealthy families of New York mixed with the secrets, murder, scandal of Pretty Little Liars. I really enjoyed it. No news has been given whether this is a stand alone book if there will be additional books. Either way, i can’t wait to see what they do when turning this into a TV Show

Let me know if you have read this book, or if you intent to read it. Hope you enjoyed my review.